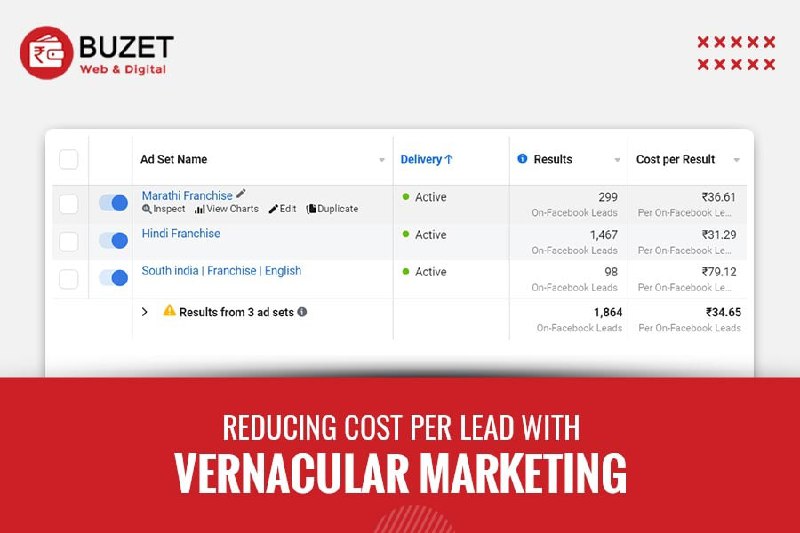 Cost per lead is a major metric to track when it comes to Facebook lead ads, the lower the cost per lead the better we will be able to have profits.

In the following case study, a preschool brand was looking to get more franchisees for their preschool business with Facebook lead ads

Goal:
To get leads at a low cost as much as possible of people who are interested in starting their own preschool in their locality as a franchise with an investment starting from 3lakhs

Developing a strategy to achieve the goal:

Apart from tier 1 cities starting a preschool also quite a profitable business to start in tier 2 & tier 3 cities with a very low investment.

Final results:
The Hindi & Marathi ad gave a high amount of leads at a very low cost per lead compared to the English ad

Buzet means many things, for us its a homonym of the word Budget. You may take Buzet as Bu-zet, Bu as a friendly, zet is uber-cool. So Buzet is a friendly and uber-cool company